Divorce – How do we avoid it? How do we deal with it? 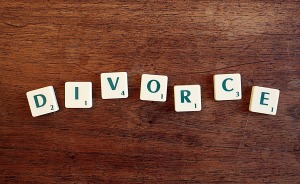 Grey divorce, Silver Splitters or Diamond Divorcees are terms referring to the trend of an increasing divorce rate for older couples often ‘baby boomers’ who have until now sustained a long-lasting marriage.

You really want to go there? Even if you’re the initiator, divorce is one of the most stressful events you will ever have to deal with so don’t take it lightly, it will likely have a HUGE effect on your heath, wealth and other relationships.

Is it too much to expect that over decades we will both maintain the same interests and pursuits, have the same friends and live in the same place? Of course sometimes there is an infidelity or falling out that is the precipitant but often there is nothing dramatic, just a slow widening of often subtle differences until a gulf too wide to hurdle has to be faced.

Things change, children leave home – the dynamic changes – the nest is empty and the focus is back entirely on the married couple.

Couples often meet early in their careers and are energetic and busy getting the next promotion etc. The primary focus might even have been work. When the children come along the focus is again shifted and roles change. Put retirement into the mix and things around the house are in for further change and the re-establishing of roles as well as identity – who am I now? and who are we and where are we going?

Don’t we all know those people who are old before their time. For some it can be personality driven and they turned into their mother/father rather earlier than expected. Illness and infirmity, real or imagined might platy a part. However if there is a disparity and one spouse is more active and energetic it might be draining always playing a waiting game and cause resentment or at least a rather different outlook on life. Maybe a younger spouse seems an attractive proposition? Someone to keep you young rather than make you feel old.

The kids are fully fledged and have flown the nest. There’s an emptiness that needs filling – who am I and who could I be now, what’s next? The world is indeed your oyster.

I know two couples who have highlighted this. After successful careers in business and the law both husbands retired with the expectation that without having talked much about it, now would be the time to rekindle the relationship, see more of each other and maybe travel a bit more. However in both cases quietly in the background their partner’s ‘hobby’ was growing into something substantial – a new career! First one spouse was always out at work and now rather unexpectedly the other. One spouse with a new career worked from home and was ‘astounded’ to find that the husband she had known to be suited and booted every morning was now walking around in an old T-shirt and boxers! – Who is this man that now suddenly wants to go out to lunch with me everyday when I’m working! Roles can be swapped successfully however and the dogs still need walking. Not sure how much cooking and cleaning has been passed over but therein lies a topic for conversation preferably before one or other retires.

In the prime of our careers there may be enough for a certain standard of living, in part because we are too busy working to spend it! Once the income dives and isn’t fully replaced with the pension there may be conflicts around money and how it is spent. Tightening of belts may be more acceptable to some than others as might be the purchase of those long dreamt of luxuries such as a new car or out of town cottage. Getting the money and spending habits sorted before retirement might avoid upset later.

As we age the differences in sex drive can be unpredictable and if matched won’t be an issue. However sexual appetites may differ dramatically as time goes by leading to increased frustration and the possibility of looking elsewhere. This seldom goes down well, even if one party is essentially embracing celibacy.

Couples seeking a divorce could quite possibly live another 30 or more years so why spend even more decades in an unhappy marriage? Life goes on, until it doesn’t, so between now and then why not live a happier life alone or with someone else.

‘Marry in haste, regret at leisure’ wise words but at the time ‘true love conquers all’. Seldom does the fantasy of marriage measure up to the reality. Circumstances may have made marriage seem a good idea, the least worst option for some. Society and our cultures dictate that we do the ‘right thing’ but forgets that short term fixes seldom deliver lasting benefits. But there we are, children become the priority and we all do what is best for them. Life isn’t too bad…but it could be better. However once the children have grown up and have independent lives one might decide that being stuck in a loveless or even abusive marriage doesn’t need to be…no more regrets…its going to be the Time Of Your Life and it starts with divorce!

She wants to do Sudoku, jigsaw puzzles and Crosswords, He wants to join the local running club, fix up that old motorcycle and tour Europe!

There’s a mismatch and it reminds me of what I heard at a retirement seminar a while back. Each attendee was asked to make notes about what they were looking forward to in retirement and then we were asked to read out loud what we had written. A married couple were there exploring their future retirement.

She said: Doing more voluntary work locally and really getting involved in the community.

He said: Climb Kilimanjaro and Kayak the Amazon.

Now, not necessarily mutually exclusive, although the looks on their faces told a different story.

They were asked if they had discussed their ideas previously and indeed they had!

You can imagine their conversation: –

Mr – “That would be great, but we are so busy with work I guess we can’t afford the time. I’d like to learn to climb and do Kilimanjaro and kayak the Amazon!”

Mrs – “Sounds great, but we’ve got the kids to think of, so I guess it won’t happen!”

Strip away the constraints of work and children and the horizon opens up and there are no excuses “…. but I thought you said you’d like that and we’d do it together…?”

Maybe being clearer about how retirement will pan out and make compromises allowing each their own passions would work whilst dragging a spouse up a mountain under sufferance possibly won’t!

Remember if your are really looking forward to the time of your life do you really want to:-

Funding your lawyer’s retirement may please them but it’s a hugely expensive exercise and some parties may chuck in the towel early and give up more than necessary due to the stress of it all. Living as a single person costs much more than half a couple and a comfortable lifestyle for two can quickly become rather less comfortable for singles living apart.

Months if not years can be taken up even in ‘amicable’ divorces. Contesting a divorce is likely to take up much more time (and money) than coming to an agreement between yourselves. Mediation and compromise may prove to be saviours in the long term.

A contested divorce will be not only gruelling but emotionally and financially draining, it may take up years of what life you have left. This at a time when you may still be trying to achieve at work, have school and university aged children who need funding and help understanding why divorce is breaking up their world. Ageing or infirm parents may need your time and input too. Do you REALLY want to add to all this?

Resolution, forgiveness and rebuilding together may be a better alternative to divorce…just maybe!

What would you add to this?

Q1. What can you do either separately or as a couple to transition your relationship as one or both of you transition from TOIL to TOYL?

Q2. What elements of your relationship need talking about?

Q3. We are none of us exactly the people we were when we married, however can we see the good in each others evolution and embrace it ? 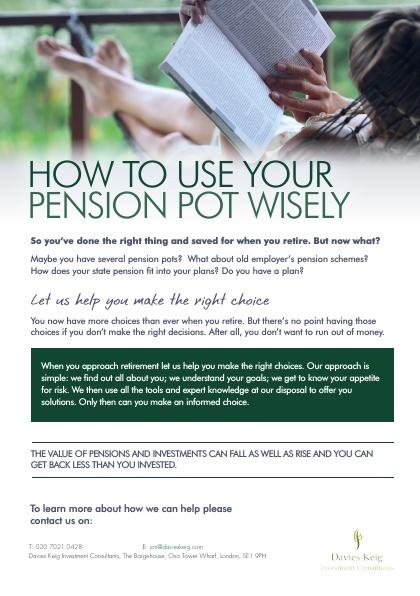