Alongside the sometimes severe or fatal physical consequences of the Coronavirus there is a threat far less often discussed, the mental health implications of Covid-19. The true breadth and depth of this silent pandemic is only now becoming clear, writes Professor Sir Graham Thornicroft.

What are the mental health effects of the pandemic for all of us, for the whole population? The early features of what is called ‘health anxiety’ were manifest from the first few days: panic buying, stockpiling and hoarding. Research in recent months has painted a picture of more prolonged and more generalised damage to public mental health. One study in the UK compared rates of mental distress in the general population between the spring of 2018 and spring 2020, which increased from 18.8% to 27.3%.

A sobering discovery is that this increase in mental health problems during the pandemic may be a global phenomenon. Data from the United Nations have shown that in April 2020, levels of depressive symptoms were three times higher than the year before. A little later, in June, mental health and substance use problems were found in 40% of people in a survey in the USA, about twice the premorbid rates, at the same time as overall use of alcohol increased by 14%, with heavy drinking jumping by 41% for women. 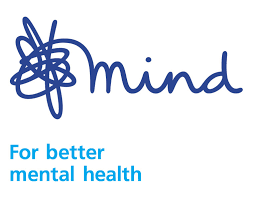 Many of us are struggling to maintain our mental wellbeing during the coronavirus (Covid-19) pandemic. This page has tips to help yourself cope, including ways to support yourself during winter.

You can also visit these pages for the latest government coronavirus guidance: 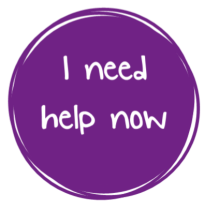 Mental Illness – the destructive power of the mind.

Many of us may have unwittingly experienced achievement addiction at work. During our careers we have likely received positive rewards, not just monetary but emotional too – respect, camaraderie etc. Over time we may have reached a point where we need this positive feedback as it has become an essential aspect of our existence, essentially a large part of ‘who we are’. At retirement much of this can disappear and we may well miss that ‘warm glow’ that we never realised we had but become aware that it’s absence has left a gaping empty hole, maybe even Goosebumps and sweating – “Cold turkey” refers to the abrupt cessation of a dependence and the resulting unpleasant experience, as opposed to gradually easing the process through reduction over time or by using some form of replacement. So, knowing this we might want to reduce the ‘drug’ slowly or at least know what to expect and have a plan so as to mitigate the ‘clucking’ withdrawal symptoms.

Psychiatric illness has been linked to 20% of early retirements and there is evidence that involuntary retirement overall increases the possibility of mental disorders especially in men below 65 who are more likely to have mental health problems than their working peers and retirees above this age. Interestingly the poor mental health appears to be linked to being retired under the age of 65 rather than poor mental health being a reason for early retirement. So, the FIRE types (Financial Independence Retire Early) may well not enjoy their TOYL as much as those waiting and retiring later. Why would this be?

Depression is the single most significant risk factor for suicide among the elderly. Sadly, many of those who commit suicide did, in fact, reach out for help – 20% see a doctor on the day they die, 40% the same week and 70% the same month. Suicide rates are highest among people over the age of 65. According to the Substance Abuse and Mental Health Services Administration, the proportion of older people treated for a combination of cocaine and alcohol abuse tripled between 1992 and 2008. For this group, in 2008, cocaine abuse was the leading cause of admissions involving drugs with abuse of prescription drugs a close second making up over half the total. Too often people enter retirement with plenty of money but lose their sense of purpose, feel alone, less relevant, and either become depressed or turn to drugs and alcohol to try and fend off the dark side of retirement. New and existing retirees are advised to make specific plans to help them avoid these pitfalls. A successful transition from the workplace to TOYL requires people to embrace the fact that investment in traditional retirement planning requires an equal amount of time spent on tasks such as:- 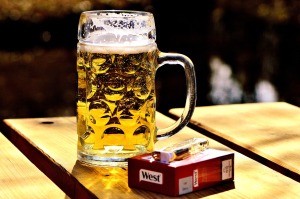 To cope with the stresses of work life you like many others may have used drugs to get you through – the most popular are nicotine and alcohol – Your intake of these may have been modulated by the overt strict rules around smoking in the work place as well as the often unwritten rules of drinking in the office or turning up drunk or hung over. Some things to think about modifying or at least avoiding escalating!

Her : I’d like to get involved more in the community and do volunteer work for the needy.

Him: I’d like to climb Kilimanjaro and Kayak the Amazon.

Now who is to say these are not mutually exclusive and they may well have talked about their desires with their ‘future’ hats on. “Oh yes that would be great, but for now we have to work, bring up the kids, save……” and parked their plans so far as the other was concerned. In week one when he’s off with his backpack and she off to the homeless shelter, the life may not have that blissful hue they expected!

Making the transition into retirement is not always easy or automatic.  Therefore, people must acknowledge the challenges they may face and seek out tools, resources, and professionals to help them address aspects of their mental health.

CONCLUSIONS Psychiatric morbidity is an important issue for all retirees. It appears that slightly younger people who retire are at greater risk of psychiatric morbidity than older age groups. Among psychiatric conditions, depression, anxiety and ‘stress’ have been implicated as the most common problems faced by the people retiring early from their jobs.

I’ve been ‘reading’ a book recently – ‘Clarity – by Jamie Smart’ – in truth the lazy way with Audible! For me it takes an altogether new approach to viewing the workings of our minds, one that needs NO fixing and thus NO work, exercises, mantras etc. It suggests in essence that we are born fine with ‘Inate thinking’ skills of wisdom, resilience etc. but in childhood are ‘encouraged’ by parents, education and society to think differently. This ‘Suspicious thinking’ encourages the Outside-In thinking of ‘…when you graduate/get married/own a Ferrari/xxx only then will you be happy’!!! – Ridiculous when you think about it, isn’t it??

Jamie Smart the Author, ‘state of mind specialist’ and Coach says, “Clarity = Capacity minus Contamination”. 100% of how you feel comes 100% from what you think. Unhappiness comes from Outside-In thinking – that external factors will make us happy….’when I get X, then I’ll be happy’ – He suggests that Inside-Out thinking, that is what we think (De-cluttered of all our ‘Suspicious thinking’) is the essence of being more content. Of course its not as simple as that but as I ‘get it’ more, I’ll write more – but for now I suggest you have a listen! It’s totally free and you won’t need a credit card if it is your first time accepting an Audible book from a friend.

After you accept the book, you will be prompted to download the Audible app to start listening. Enjoy!

What would you add to this?

Q1. Are you aware of facets of your work that keep you mentally well?

Q2. What aspects of work will you miss and what will replace these?

Q3. Which relationships will you strive to maintain outside work and how?